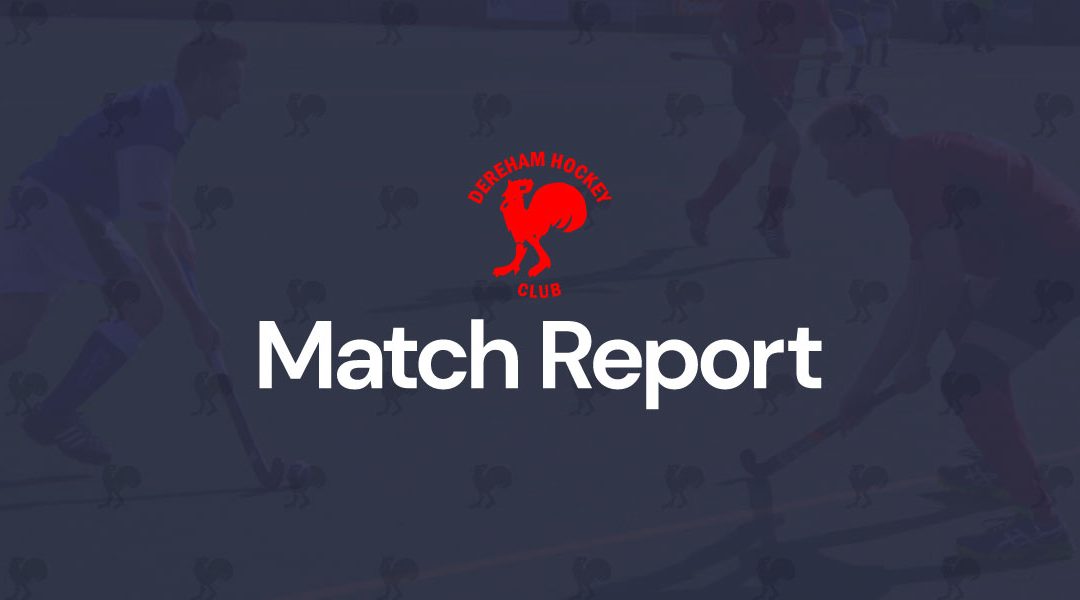 Both teams are in the lower half of the division and the form of both has been up and down. The day started with Dragon being 1point above Dereham in the league so the game was always going to be a tight affair as both are fighting to stay in the division. The game was to be played in blowy , very damp conditions which got progressively worse as the game went on
The first half was very well balanced and contested very much in midfield with Dereham shading possession. The closest to a goal in the first half was from a short corner which Sarah wiseman connected with brilliantly only to see the Dragons keeper save well and the rebound cleared by there defence .This was to be the story of the game.

Of note Maddie Marshall in goal for Dereham made a couple of stops in first half one from a short corner and another when the Dragons did get through Derehams midfield. The first half ended being tightly contested with not much between the teams 0-0.

After a talk at half time Dereham increased the tempo and had several short corners in second half but again the Dragons keeper performed heroics, and Dereham could just not squeeze the ball over the line. As the game continued into the final phase a couple of breakaways from Dereham almost produced goals the first starting in midfield the ball was played down the right wing and a fantastic cross from Kat Maddox found Edie Topping in the centre who took control and shot only to find the Dragons keeper superbly save down to her left , injuring herself in the process, the keeper after a bit of treatment was able to continue. The game was played in friendly but competitive manor and both teams saw players green carded in the second half, nothing malicious but being a bit too competitive shall we say. Their keeper was soon in action again after the Dereham midfield passed their way forward again finding Edie Topping in the D who again found the target but to find the Dragons keeper in fantastic form, as the game neared the end Dereham kept pushing and Eleanor Ampleford found herself free in the right hand side of the D hit a cracking shot but yet again there keeper performed heroics and the rebound was put wide. At the other end Dragons struggled to break through a strong Dereham midfield and a resolute defence, when they did get near the Dereham D, some great challenges were made by Jade Riches, Heather Morgan and Jess Williams. The 3 of them with Sarah wiseman always looked in control at the back and between them kept Maddy in goal to a fairly quiet afternoon. In the midfield Poppy Morgan playing her first game in there and centre had a very good game finding the right balance between defending and attacking linking the midfield with attack well. The game ended 0-0, however there were several positives to take from the game as the team defended and attacked as a team creating several chances and defending well.
Player of match as voted by team: Poppy Morgan

Special mention to Brian Reid whom came up with a different tactic for the game which so almost brought the result Dereham deserved on day.